Jurassic World Toys are Super Hot for Christmas! Get them before they are Extinct!

This post is sponsored by Universal Brand Development and Mattel, and all opinions are my own.

My son’s Christmas list got a lot shorter after we received only the coolest Jurassic World toys ever!

I guess you could say that Christmas came early in our home for Blake! Not once, or twice but a whopping 4 times!

Each day, he would come home from school and ask me if I was ready to un-package these amazing dinosaur toys. Once the weekend came, we made it a point to start to un-package each Jurassic World themed toy.

These Jurassic World toys are flying off the shelves at Walmart like hot cakes, but can you blame people?

We LOVED the latest Jurassic World movie and enjoyed it as a family. My son’s interest in dinosaurs grew by leaps and bounds so it was only natural that he requested these for Christmas.

Each product packaging is so vivid and screams playtime! Even my 11 and 9-year-old daughters wanted in on this action.

The Jurassic World Battle Damage Roarin’ Super Colossal Tyrannosaurus Rex required a little assembly but was ready to play within less than one minute.

When it came time for my son’s #1 Christmas wishlist gift, the top-rated Imaginext Jurassic World Jurassic Rex Dinosaur Play Set, my husband was able to easily assemble it with straightforward instructions.

It took him a solid five minutes to snap this playset together which was greatly appreciated by my eager son.

We let the kids play with these dinosaurs on the kitchen table, but when the playing got serious, they moved the survival of the fittest battle upstairs!

I love how detailed these dinosaurs truly are. Blue has an area on her side that can reveal a battle wound.

The Jurassic World Villain Dino Figure- Indoraptor is just as scary as the movies with her large claws, and teeth.

Do you think your kids would love these Jurassic World toys as much as our 3 are?

Get ready to RUN to Walmart because these are selling like Super QUICKLY!! There is a reason why they are considered America’s Best Toy Shop! Snag these dinosaurs and make your kids super happy this holiday season! 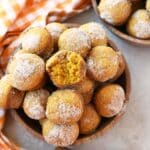 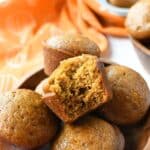 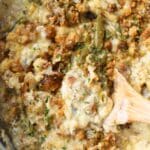